La Manga strip is 22 km long whose width ranges from 100 to 1,200 metres, separating the Mediterranean Sea from the Mar Menor (Minor Sea) lagoon, from Cabo de Palos to the Punta del Mojón. La Manga was relatively untouched until the 1960s, when this was discovered as a tourist resort and underwent a major transformation which included the urbanisation of the area and construction of the tourist infrastructures.

The Mar Menor is Europe’s biggest salt water lagoon, and it is separated from the Mediterranean Sea by La Manga strip. This natural setting has an idyllic microclimate and offers the perfect conditions to enjoy water sports all year round. With a surface area of nearly 170 km2, a coastal length of 70 km and warm clear shallow water that is no more than 7 metres in depth, this is the ideal water playground for all ages and abilities.

Greg Peters, an American-born businessman successful in the shoe, leather and furniture business in Spain, was behind the birth of La Manga Club Resort in the early 1970’s. Peters was a man with immense vision – he astounded everyone with his dynamic ‘Think Big’ project – although not even he could have predicted how his ‘baby’ would flourish. Yet, his timing was perfect with the transformation of Spain sealed by a tourist invasion sparked by sun-seekers streaming over its borders. Golf, like Spain, was exploding in popularity and La Manga Club Resort would proudly play its part in consummating the perfect marriage for the new wave of enthusiastic participants eager to discard their waterproofs, tee-up under a hot sun and debate their rounds or whatever over a sun-downer or three at a welcoming 19th hole.

La Manga Club Resort, nestling between the Murcian Hills and the Mediterranean, swiftly became a fashionable destination owed much to the entrepreneurial skills of Peters. He kindled global publicity by importing – supported by Mark McCormack’s International Management Group – stars of stage and screen to play alongside superstars of the game in the resort-opening International Pro-Am. Peters had been operating in the Alicante area and, seeking a place where he and his friends could play golf, he stumbled upon 500 acres of farmland where he could build a course and which provided scope for residential development. The acorn-to-oak dream swiftly turned to reality with the purchase of more land – 1,400 acres in all – and two courses, the North and the South, were designed and built by Californian Robert Dean Putnam. There was an American look about the place but, as it does today, La Manga retains the charm and traditions of Spain.

Peters defied the prophets of doom, turning the isolated oasis into a swanky resort, and, by winning the race against time in producing a five-star hotel to house the International Pro-Am guests. He also created the first golf resort in the world from which all 36 holes could be seen from the clubhouse terrace. Gary Player, Tony Jacklin and Tom Weiskopf took part in a filmed television match at the 1972 opening and La Manga’s reputation rapidly blossomed globally.

At the peak of their careers, Seve Ballesteros was the resort’s touring golf pro and Manolo Santana ran the tennis club. Such was its lustre, Bjorn Borg and Gary Player bought homes at La Manga Club, while Spain’s Prince – now King – Felipe was a regular visitor.

In recognition for Ballesteros’s priceless support and sincere affection for La Manga Club, the resort offered him one of the La Manga Club properties on Estrella Street . “Seve’s House” is still standing and a small plaque at the entrance of the garden marks the famous property for all who pass this. “Severiano Ballesteros 1957-2011 lived here.” This also triumphs his 5 big wins and his position as a winning Ryder Cup captain. There are three 18 hole golf courses at La Manga Club, North, South & West courses. Golf rates


La Manga Club Resort is also the official training base of the Lawn Tennis Association and features an outstanding 28-court tennis centre with a gym that focuses on toning workouts.

Then there are the eight FIFA-standard football pitches – leading clubs from all over the world including FC Barcelona, Real Madrid and Liverpool not to mention the England and Spanish national teams have come to train – while the huge, sumptuous spa and fitness centre offers a fantastic range of state-of-the-art equipment.

New real estate developments such as Las Acacias, Buganvillas, Las Mimosas and  Las Orquideas Apartments are also catering for global demand – Alicante airport is little more than one hour away while the new Murcia Airport at Corvera is no more than a 30 minute ride.

La Manga Club are making plans for a memorable milestone – the Resort’s 50th Anniversary in 2022. If Seve Ballesteros had not passed away, he would have celebrated his 65th birthday that year, so not surprisingly, La Manga Club are planning for the Spanish superstar to be fondly remembered during the year of celebrations.

It will add another special chapter in the life of La Manga Golf Resort, not to mention the history of golf in Spain. La Manga Club has won numerous leading international awards including, most recently, being voted ‘Spain’s Best Golf Resort’ by readers of the UK magazine Today’s Golfer for the last six years in a row and being selected to receive an ‘Editors’ Choice Award for Best International Resorts 2017’ in Golf Digest’s annual list of the ‘Best Things in Golf’. 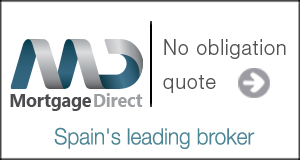